By Rev. Nelly Otto Nelson SIGH of relief among Ugandans as the Uganda People’s Defence Forces (UPDF) announced yesterday Saturday they had shot and killed one of the suspected assailants who raided a security installation in Jinja City and killed one of the soldiers. Sgt Simon Peter Eyagu, 45, attached to the Non-Commissioned Officers’ Academy […] The post JINJA: ‘Gaddafi Barracks assailant put out of action, stolen guns recovered’ –  UPDF confirms appeared first on Watchdog Uganda. 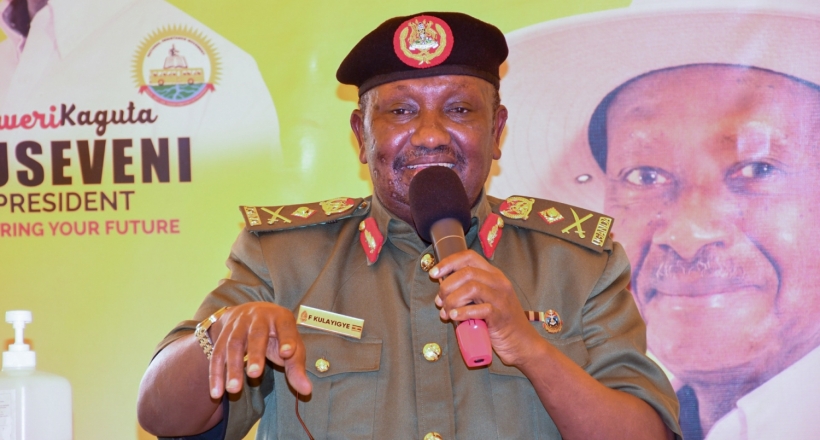 Sgt Simon Peter Eyagu, 45, attached to the Non-Commissioned Officers’ Academy (NCOA) at Gaddafi Barracks, was on the night of November 17, 2022 attacked and killed by unknown assailants who fled with two guns, including that of his colleague.

“Today, 26th Nov 2022, one of the assailants that carried out the attack on Sentry along Amber Court road in Gaddafi Barracks where one soldier was killed and two SMG rifles stolen has been put out of action and two stolen guns recovered,” said the Defence spokesperson, Brig Felix Kulayigye.

Brig Kulayigye’s statement posted on his twitter handle comes days after the Forces vowed the assailants would meet the “necessary retaliation” following the attack.

Sgt Eyagu’s colleague Lance Corporal Norico Kibirige with whom he had been deployed to guard a small gate of Amber Court road, within the perimeter of Gadaffi barracks, “had gone to buy some drink” at the time of the attack, UPDF said in a statement the day after the raid.

McCarthy fails for 3rd day in US House speaker fight

Crematoriums In China Fill Up Amid Rise In Covid Cases:...

Expert Predictions for the Bills vs Bengals Monday Night...