What happened at the 2022 Arab League summit in Algeria?

Algeria hosted the first Arab League summit since 2019 this week. Some significant heads of state were absent, reflecting the deep divisions in the Arab world. The communiqué, the Algerian Declaration, was focused on supporting the Palestinians. The Biden administration has wisely engaged with Algeria — it can do more. Algeria is the largest Arab… 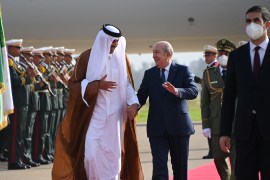 Algeria hosted the first Arab League summit since 2019 this week. Some significant heads of state were absent, reflecting the deep divisions in the Arab world. The communiqué, the Algerian Declaration, was focused on supporting the Palestinians. The Biden administration has wisely engaged with Algeria — it can do more.

Algeria is the largest Arab country and the largest country in Africa. It has tilted left ever since its war for independence from France. It is an outspoken opponent of the Abraham Accords and especially Morocco’s close relations with Israel. Algeria broke diplomatic relations with Morocco after the Israelis opened an embassy in Rabat. The two states are rivals in the Maghreb, and Algeria supports the Polisario Front independence movement in Moroccan-occupied Western Sahara.

Russia’s war in Ukraine has been a boost for Algeria, which has large natural gas deposits. The rise in prices for gas in Europe is giving Algeria a windfall.

Algerian President Abdelmadjid Tebboune chaired the summit meetings, as host. Before the summit, Tebboune negotiated a unity meeting between Mahmoud Abbas (also known as Abu Mazen) of the Palestinian Authority and the leadership of Hamas. It is not clear what this will mean in practice.

Egyptian President Abdul Fattah Sisi attended the 31st Arab summit, as did his Tunisian, Iraqi, Somali and Palestinian counterparts. Saudi King Salman, and Crown Prince Mohammed bin Salman — known as MBS — did not attend, MBS allegedly for health reasons (an ear infection). Crown Prince Hussein bin Abdallah represented Jordan, a first for the prince. The amir of Dubai was the United Arab Emirates (UAE) representative. The amir of Qatar was there, and the sultan of Oman sent a senior minister. Moroccan King Mohammed VI did not attend. Nor did the king of Bahrain and the amir of Kuwait. Syria was expelled from the Arab League a decade ago.

The turnout of heads of state reflected the Abraham Accords states’ preference to avoid confrontation with Algeria. The UAE, Bahrain, and Morocco declined to face the criticism of the strongly pro-Palestinian Arabist Algerians.

The communiqué reiterated past summit positions: calling for an independent Palestinian state, full membership for the Palestinian Authority in the United Nations, and an international conference to resolve the Arab-Israeli conflict. Protecting the Muslim sites in Jerusalem is a priority. Vague calls for resolving the conflicts in Syria and Libya were issued, and the summit endorsed the Yemeni council fighting against the Houthis.

The summit took a neutral posture toward the Russia-Ukraine war. Algeria has longstanding close relations with Russia, from whom it purchases most of its arms. No country pressed for a tilt toward Ukraine.

The summit did not take a position on the Abraham Accords, reflecting the divisions between the Arabs. Arab summits help set the parameters for the public debate in the Arab world. The Algiers summit largely reiterated established norms and avoided contentious issues. It did underscore the growing importance of the host nation Algeria.

The Biden administration has engaged with Algiers. The Secretary of State Antony Blinken visited Algeria in March 2022 for a productive exchange. The White House should invite Tebboune for a working visit.

The free world and its enemies: What Putin’s war and China’s global ambitions mean...

Are You Looking For Active Stock? ChargePoint Holdings,... 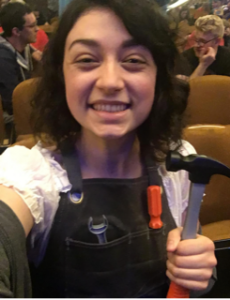 Monday morning, the Leo Moon opposes Saturn and Mercury in Capricorn perfects a... Since the official circulation of the redesigned Naira notes, majority of Nigerians...